The Complexity Of Winning

I’m often to be found in Richmond Park walking my dog, which at this time of year is more awkward than usual due to the rutting season as stags begin to fight their way to the top of the food chain. This is an amazing spectacle, but one that is also somewhat dangerous and walkers (and dogs) need to be careful as the mood of deer is not that predictable. Certainly antlers can be rather sharp and the prospect of being gored by a stag who just doesn’t like your company is not something to take too lightly. Several people have been injured in the last few days.

All the gesturing reflected so evidently in nature is also witnessed amongst politicians as we are now in the mid-flow of conference season and of course in the combatant world of commerce and high finance, which appears to be finally approaching some form of agreement, though there are concerns that the inevitable problems are merely being pushed further into the future. One would like to think that being human and thoughtful would have meant that there is rather less bullying and fighting to get to the top, indeed a lot more thoughtfulness is required to “win ethically”.

As I dodged the deer and hundreds of cyclists speeding around Richmond Park at the weekend, I was reminded of World Road Cycling Championship in Copenhagen. Britain now has a new World Champion in the form of Mark Cavendish. A man who is now at the top of his sport. To be a World Champion in pretty much anything requires a huge commitment and focus. However spare a thought (as he did) for the other seven British riders that helped him get to the line first. These are all people who presumably train just as hard and bar the last 500 metres, were protecting him and leading him to the front. It takes a different sort of person to put aside their own ambition to help another win and a reminder that playing your part is more important than everyone trying to be the same (world champion). The end of the race was incredible. Have a look at the clip on the BBC Sport website. 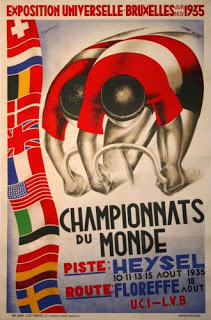