Skip to content
The Apprentice – Everyone wants…
I’m an occasional viewer of the BBC’s “The Apprentice” which has some occasional useful lessons or reminders of what not to do in business (and probably more generally). I have to admit that I’m often put off by the blind arrogance of some of the contestants who suffer from delusions of grandeur…though of course, this being television, one is never entirely sure of how much truth has been lost in the editing. Let’s face it, on the same evening the BBC news reported the FIFA presidential election as it’s top news story, which, given the array of truly newsworthy stories from the UK or around the world is more than deeply disappointing. One is merely left incredulous at the way the BBC now seem to regard their main purpose (which is readily found within 2 pages of the Royal Charter for the BBC). 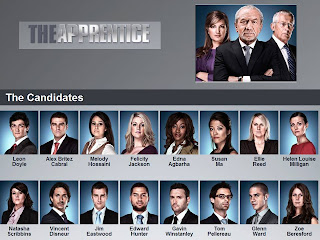 Anyway, as I have probably now blown my chances of appearing as yet another TV pundit…returning to the issue of “The Apprentice”, last night’s show revealed the errors made by both teams, but the bulk of the focus being on the losing team. This team (Logic) attempted to market a “healthy” dog food for every dog.. the classic one size fits all. At the time, they thought that this was a stroke of genius, that they could develop into every cat, every fish… every Tom, Dick and Harry… their own inference was that this was as ingenious as the Easy brand… easyjet, easybus… need I go on. Their blunder was in part due to simply not listening to what the experts were telling them (that one size does not fit all within the dog food market) but ignoring this rather helpful information as well as probably their own life experience… do any of us want to be treated as though we are actually as unimportant as the next unimportant person? Yes there are businesses, successful ones that probably do sell just one thing and hope to sell it to everyone, but this is generally not a successful business model. Even a fast-food burger chain offers choice and plays to different needs/wants.
So it is with financial advice. There are lots of financial advisers out there, though our numbers are expected to reduce by 20% over the next 18 months. Most attempt to be a little different, but essentially we are all selecting from the same range of options (at least the independent advisers are anyway). However, assuming that everyone wants the same thing, or indeed should have the same thing is fundamentally daft. The real uniqueness or for those business/marketing types – the real USP (unique selling point) is actually the relationship with the adviser. Ideally this will be one where the adviser listens and thinks, reflects back, provides options and thoughtful questions. This in my view is the key to not just good financial planning, but great financial planning, one that can only be built upon mutual trust. Dare I say that this is probably what everyone wants in a financial adviser, but few find.

There are some things that can be marketed using the notion of every…for example the Everyman cancer campaign – though of course is aimed at educating men in particular (about testicular and prostate cancer) but would pretty well cover every man, just not everyone. By the way, Everyman are running a Turn Blue campaign on Friday 17th of June – in two weeks time. So in conclusion, much like medical advice to check yourself – check yourself!- something that the contestants of “The Apprentice” seem unable to do, series after series despite the fact that many of them are not fresh faced graduates, but have had some business experience.
We are a boutique firm of financial planners. We create financial plans designed to achieve a desired lifestyle. We will craft and implement your plan that will provide you with the greatest chance of accomplishing your unique goals based upon the values that you hold. Financial products are little more than the tools to achieve your required results
Call us today or visit our website for more information and to arrange a meeting