Skip to content
How we talk about life and love

Stories make life richer, they also inspire and remind. We have all probably been reflecting on the coverage of Nelson Mandela, who succeeded in finding a path of communication and reconciliation between two opposing world views. However, often we don’t need to go as far as South Africa or Syria, often we don’t even need to go through our own front door. Relationships are complicated and we all know that communication is the bedrock of any good one. So you may find it amusing that I went to see a new award winning play “In the Next Room or The Vibrator Play”….now what has this to do with financial planning you ask? Well, I believe its how we talk about life and love. 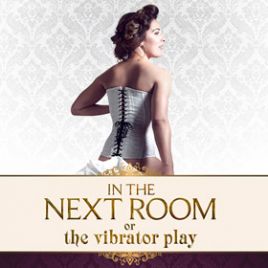 There has been a reasonable amount of coverage about the differences between men and women. I have to admit to being somewhat nervous about making such claims. In essence we are all different and negotiating and navigating our differences is a significant life skill. A play currently showing at St James theatre exposes such differences rather well. The backdrop of the story may, even in 2013, cause some to gasp and takes off from where the 2011 film “Hysteria” left off. In my lifetime there has been a significant shift in attitudes towards sex and gender. I’m assuming that this is not news to you. On the face of things, the play “In The Next Room or The Vibrator Play” is about a doctor who uses pioneering electrical devices to relieve hysteria in women…. and the occasional male. This is of course a subject shrouded in mirth, embarrassment, shame, guilt and a diverse range of opinion, indeed one could simply consider the social hysteria about the topic over the years.

Despite the title, the play really examines the relationship between men and women and their failure to comprehend one another, the patriarchy of the Victorian male and the object of his affection. This is 2013 and much could still be said on the subject of women’s rights and access to equality. Others explore this far better than I. My point is really to wonder if despite the sexual revolution, the emancipation of women and the general liberalisation of society, why is it that so many women are so regularly excluded from economic empowerment. Most of my industry seems to be run by and for men. Many women (perhaps most) are put off talking about money and stereo-typed as spenders. I believe, passionately, that financial planning can be liberating. It sounds dull I know – because of the word “financial” and most people aren’t enthused by “planning” either. However, financial planning is a discussion not about money, but about your life and what you want from it. Most couples struggle to have the money conversation, this is largely due to the baggage that each carries and nobody has shown them how to discuss it well. Much like the play, the rising pressure of misunderstanding can become overwhelming and requires addressing through honest and frank discussion about what is really desired from a life together. However difficult, once experienced it is clear that there is the real prospect of a better future, there is hope.

I enjoyed the play and had a very enjoyable afternoon with friends. There is a great cast with some very good performances, led by Natalie Casey and Jason Hughes with strong support from Flora Montgomery and Edward Bennett. It runs until 4th January and is a stones throw away from Buckingham Palace. It is not for the easily shocked, you have been warned….then again, good financial planning isn’t for the easily shocked either.

For a professional review: The Telegraph and The Guardian