Co-Op has lost the plot and now follows Animal Farm

Co-Op has lost the plot and now follows the one for Animal Farm? 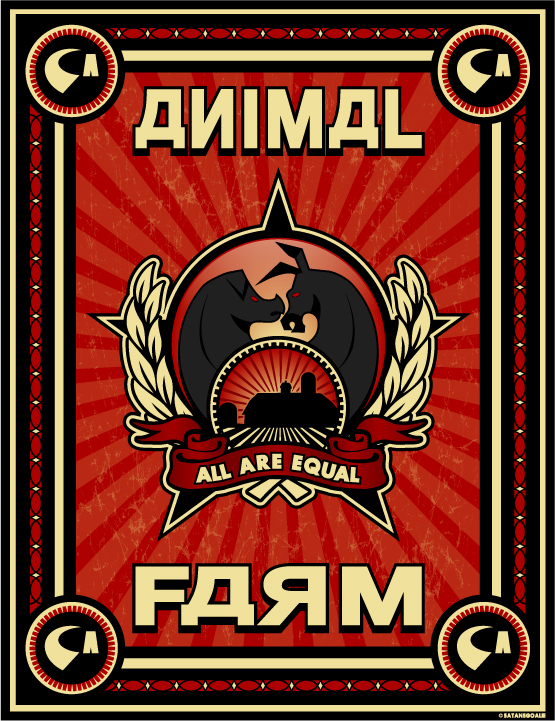 A considerable proportion of investors do not want returns at any cost. This has resulted in a considerable growth in the number and range of ethical investment funds since the first (Stewardship) was offered in 1984 by Friends Provident.  The year has today provided an unhelpful Orwellian twist in the tale as I read with jaw-dropping bewilderment at the poor judgement that has been on public display in the once warm and cuddly “Co-Operative”. The news re-reported within my own trade press (FT Money Marketing) cites the story broken by the Observer which makes Animal Farm an even more vibrant metaphor for the suggestion that some are more equal than others.

The report that Euan Sutherland is set to pick up a financial package of £3.66m this year with a basic salary of £1.5m will surely make blood boil as savers and investors are left wondering how on earth a co-operative could possibly end up with such a disparate share of risk and reward. Nothing good can come from the report that suggests that more than £24million will be paid to 8 (eight) Co-Op executives over the next 2 years, despite the Bank almost collapsing  in spectacular style (with a £1.5bn black hole) and making thousands of redundancies.

The Co-operative online bank customers at Smile will presumably provide a quick migration to any other bank that at least isn’t attempting to claim being anything other than a Bank. Any informed customer will be rather outraged by what has been going on at the helm of what used to be an “ethical Bank”. It has been saved by private equity and the cultural shift or rather “modus operandi” has surely begun to reveal itself. To even have the nerve to have something called the “Ethical Plan” with the strap line “good things happen when we work together” one can only assume that they mean colluding with each other in the Board room rather than being “the most socially responsible business in the UK” you must be joking right?..

I found reading the Observer’s report “hugely disappointing” that yet again managers, not the owners are taking the lion share of the rewards, and so far being rewarded for failure with severance packages that could have only been dreamed up in the disconnected clubroom of arrogance and remuneration packages drawn up by “you scratch mine & I’ll scratch yours Ltd”. Yes I’m angry. Angry because Banking in Britain could be a lot better than this. Business is tarnished with understandable claims of greed and corruption. It doesn’t have to be this way, business should be leading not scoffing at the trough of self-interest.

If you are fed up with the Co-Operative, have a look at Triodos Bank, based in Bristol. This isn’t advice, merely a suggestion to have look and make up your own mind. To my mind, the grass is certainly greener… (the glass is anyhow).