Solomons News: The Art of Blogging

You may have gathered that I have been “blogging” for quite some time and in fact this is the second blog (which began towards the end of 2012). As with most things, I have learned through experience and hopefully improved a little. However every once in a while a major change is needed to reflect the technological improvements.  So please be patient whilst I get things up to a workable speed – much of this has to do with layouts, SEO, categories and tagging.

Hopefully we can fix some of the strange layouts that are appearing and I also hope that the category search makes life a lot easier to find what you are looking for. In an ideal world, the blog would look great, be easy to navigate, provide valuable content easily found and a “must read”. However I’m a realist, time is short and so attempting to simply make it easier for you to find helpful information is a worthwhile exercise. 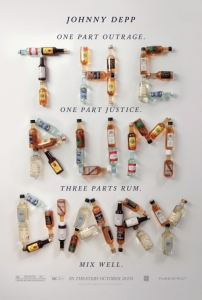 If you are looking for something specific, please let me know what you’d like to know about within a financial planning remit. Here are snippets from the last 4 posts.

TODAY'S BLOG TECHNOLOGY IMPROVEMENTS We are gradually attempting to increase efficiency by minimising the actions required to get things done. We have adopted electronic signatures for documents where [...]

TODAY'S BLOG WONDERVISION Its not a typo, I am well aware that the latest Marvel series is WandaVision, which far from being about superpower, is all about the [...]

TODAY'S BLOG THE BUDGET 03 MARCH 2021 The House of Commons was unusually civil during the Chancellors Budget Statement largely because hardly anyone was there due to social [...]

I CARE A LOT

TODAY'S BLOG I CARE A LOT Many of us have been under something akin to house arrest over the last year. One of the recent movies that you [...]

I imagine that almost everyone has heard of the “glass half full or half empty” metaphor. However, as with most metaphors, I find myself rather conflicted. Sometimes it is half empty, sometimes half full, but frankly of late I’ve been wanting to say “of what?”… as in full/empty of what? what are the contents? because frankly if they aren’t good for me, then I don’t want to drink from the glass…and don’t really care how much is in it.

I relay this tale at the end of July, one of the hottest for… well it hardly matters does it? The sunshine has reminded us that we do have four seasons, not just two, or three at a stretch. So in the context of a joyful summer, and a month in which many British sporting interests have found the heights of success, I find myself also frustrated by various administrative blunders that have met with my ire. I risk sounding like Victor Meldrew, but frankly you wouldn’t (believe it) if I relayed some of the problems that we have experienced this month, which were entirely due to Product Providers. I could not even say that these were lesser organisations, but are in fact some of those that I respect enormously. What made me both chuckle and tut at the same time was one email that contained the phrase “…. does not guarantee that the information shown is free from any errors, omissions or inaccuracies”. Well yes and no. Yes I accept that we all make mistakes, but no, I don’t think its quite ok to cover this with a phrase that seems to indicate a lack of responsibility.

My trade press, the financial media, are ready to dress up any old topic to create a punchy headline that creates a stir. Yet invariably, the headline is rather disappointing and as ever the detail is not terribly contentious. Perhaps more column inches (remember those?) will be dedicated to whether Gareth Bale will/won’t/will/won’t/definitively won’t, certainly won’t/probably… move to Real Madrid for the “right money”. Its all a game designed for amusement. The financial press is often gets caught up in the same game. What is more amusing and concerning frankly, is the comments by other advisers, invariably hiding behind anonymous/fictional names who pounce on any opportunity to unleash vitriol against the regulator. Now, I’m not suggesting that the regulator is right all or even much of the time, but many “advisers” are tempted to comment without thought or indeed research (by which I mean reading FCA papers)… which surely are two rather vital ingredients in the skill set of any adviser in 2013. Regulation is no easy task and we need good regulation. Why? well I’m fed up of rising compensation costs, which I have to stump up in order to pay for the bad work of “bad” advisers… nothing to do with me, other than the same “profession”. Good regulation will hopefully see this trend reversed. When I read some of the comments and blogs, I am tempted to say “methinks he doth pretest too much” (and yes invariably it is a he).

None of us want to be ripped off, but many of us pay more in order to get a better service or higher quality. Just think of the car you drive or the suit you wear or the perfume/aftershave etc etc. Price is not simply a sum of parts. Value is not easy to define. I may pay a very different price for a bottle or wine or even a pint of beer, but if I am being served the same thing, in the same place and charged very differently, then that is decidedly unfair, which is essentially all the regulator is saying. Treating customers fairly is not an optional extra.