The General election is a few weeks away, the over-egged promises are being spouted by all sides. We really must seem like a very dim bunch to those that are so wrapped up in their political ideology. Anyway, I am not here to share my political views, simply to remind you of some basic truths.

I heard one item on the news as I travelled to the office the other morning. This was another politician using the word “free” to describe what the electorate would receive. This is an interesting choice of words. I was also somewhat interested in the bashing of the uber rich. I am not in that bracket (!) and frankly there is no possibility that I ever would be. However I was surprised that some people seem to believe that those with vast wealth actually have it all in bank account that can be easily raided. Like them or not the uber rich hold assets and some cash, but mainly assets.

This in mind, I thought that perhaps a little bit of education on the tax system may be of help. There are lots of numbers involved, but stick with it if you can (I know your time is precious). 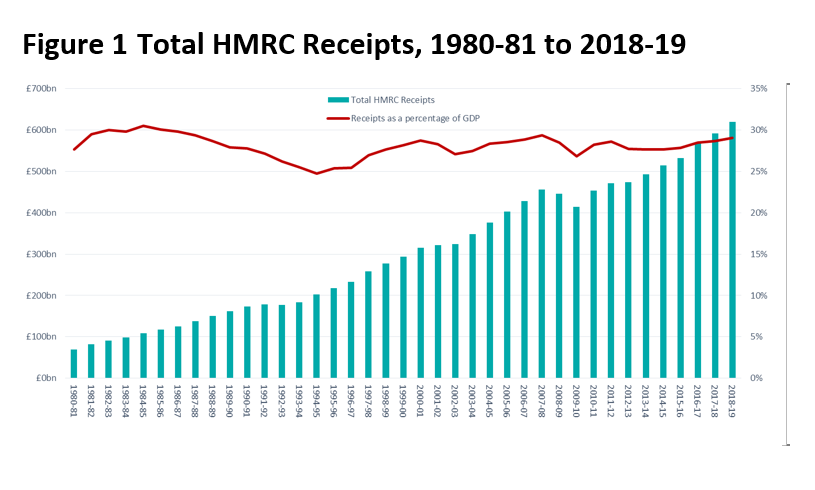 Income tax accounts for about a third of all taxes received by HMRC. When combined with National Insurance, Capital Gains Tax and Bank Payroll Tax, these make up about 55% of all UK taxes. The amount of total tax paid to HMRC rises almost every year. In 2000/01 the total stood at £315,642m in the last tax year 2018/19 it had nearly doubled to £619,367 over 18 years.

THE UNION AND TAXES

HOW MUCH INCOME TAX DID THEY PAY?

In the 2016/17 tax year (the most recent with the data analysis). There was £174,000million paid in income tax by 26.3m individuals. So thats about 30% of all the taxes paid were from these income tax payers.  In the tax year concerned we basically have 4 categories of income taxpayer, those that simply pay the savings rate, those that pay basic rate (20%), higher rate (40%) and additional rate (45%).

I am not supporting any political position here. I am simply making the statement that factually, if you pay income tax of 45% you are the 1%. As such you contribute a huge proportion of the total income tax bill. In exchange you have no personal allowance and probably a reduced pension allowance of £10,000 – less than an ISA. Let me also remind you that an income of £150,000 does not make you a millionaire…

If you fancy having a pop at the “millionaires”, taking the same data but just considering Additional Rate Taxpayers. There are 16,000 people with incomes of £1m+ (0.06% of income taxpayers) pay 8.79% of total income tax collected. So I will leave this here for you to mull over.

I have taken all this data from published HMRC and ONS documents that you can easily search and check yourself.