Last night I went to the church, to the Union Chapel in Highbury, according to one Time Out review I saw, one of the best gig venues in London. Having been to the chapel several times before, I can vouch for its internal acoustics and rather splendid stained glass window. Perhaps it’s just me, but the pews aren’t that bad either –more comfortable than in many theatres or cinemas. Anyway, last night was an opportunity to hear Lloyd Cole, who was playing a couple of tracks from his rather good new album “Standards” as well as diving into a nearly 30 year back catalogue that extends from 1984.

Many of you will know his classic hits, such as “Perfect Skin”; “Are You Ready to be Heartbroken?”; “Brand New Friend”; “From the Hip” and “Jennifer She Said” when he fronted Lloyd Cole and the Commotions. By 1989 he had begun a solo career releasing 9 albums over 16 years with “Antidepressant” in 2006. Two albums later he “returns” with “Standards”. Now at 52 his latest work seems less melancholic and a more upbeat outlook and sound, though certainly there is something very familiar about “Blue Like Mars”. I’m taken with “Period Piece”. 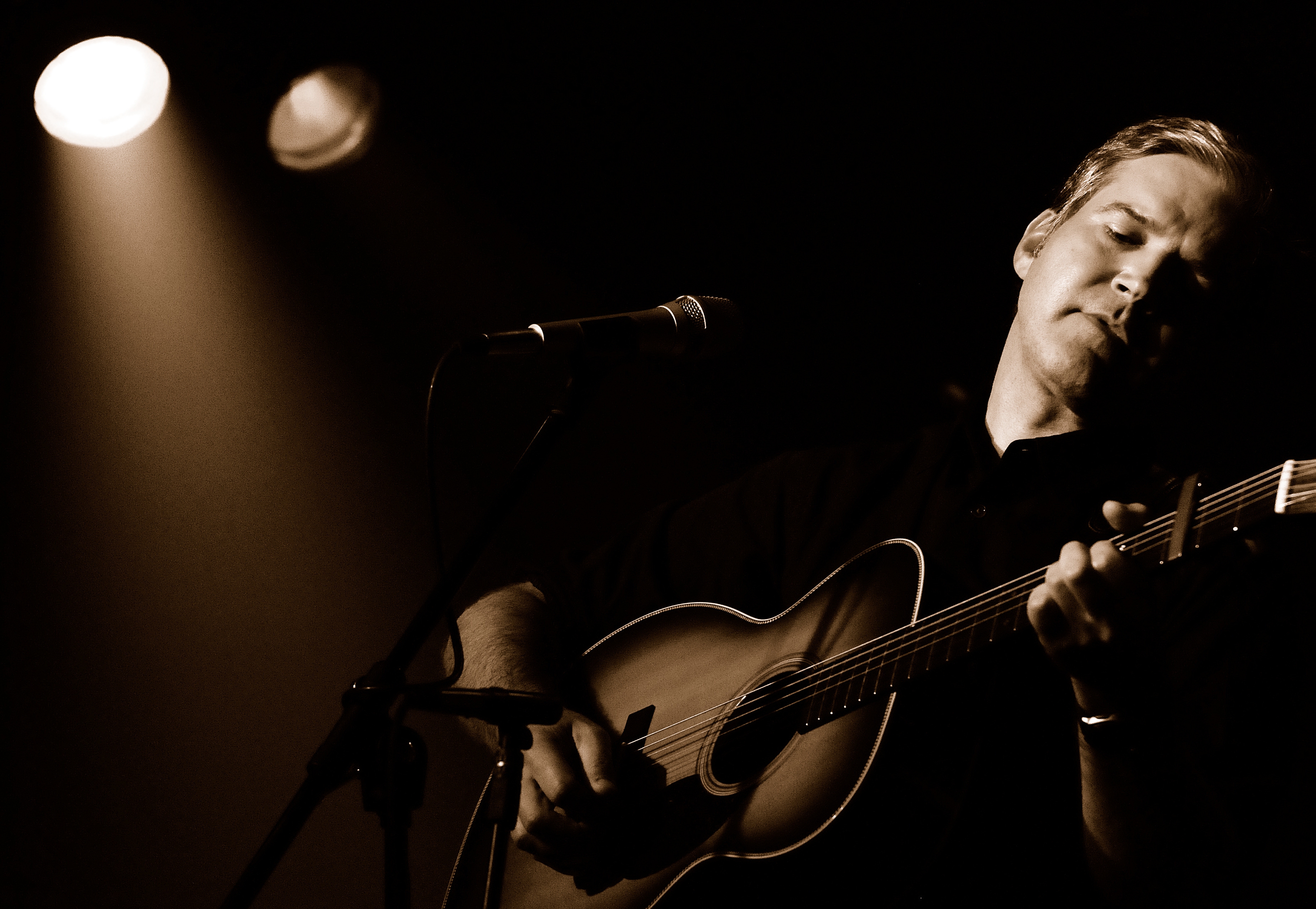 The solo acoustic performance was a great experience. Lloyd (if I may presume) was very down-to-earth and humble. His own website reinforces a sense of “normality”. Reflecting at points on a long career that he joked was finding its way into obscurity. He also talked of the double edged sword of social media, where engagement with fans can be a mixed blessing. He’s generally not one to be definitive about the meaning of his lyrics, which I believe is appropriate for someone that I would really categorise (if I must) as a poet with a guitar and distinctive sound. He explained that one fan suggested a rather rude double-entendre in one of his songs, which he didn’t spot or mean and now struggles to find a way to sing. A lot has happened since 1984, for me LC and the Commotions was part of my adolescence and a suitable background track. Now we are all much older and not so fresh faced, with many shared life experiences that Lloyd expresses through his lyrics.

So what has this got to do with financial planning? nothing. Other than perhaps a reminder that time travel is possible only in our memories and time is fleeting. Perhaps too, that our personal journey sometimes doesn’t work out as expected, for Lloyd the music industry has undergone a revolution due to new technology and record sales are not based on what you have to say or ask, but how much attention you get. So whilst he’s probably no longer “mainstream” there is something unmistakably truthful, genuine and grounding about a good man with a guitar, singing in church…. From one sentimental fool to another.

Lloyd is performing all of the new tracks from “Standards” on 31st January 2014 (his 53rd birthday and tax payment day) at the Shepherds Bush Empire. I’m hoping to book my tickets shortly, perhaps you will join me too. Oh and yes, the sub-headings are all song tracks.