Today, Neptune is one year old. That’s not Neptune the Fund Management Group which celebrated its ninth birthday in May this year. No, I’m talking about the planet Neptune. A year on Neptune is approximately the same as 164.79 years on earth. Being, what they are, the good and the great seem to order the world and universe by when we discovered it, rather than when it was created. Odd but true.

Neptune, now regarded as the further planet from the sun within our solar system was discovered in September 1846 by Johann Gottfried Galle (German) following application of enormous amounts of mathematical calculations by Frenchman Urbain le Verrier. His mathematics was quite brilliant. Perhaps even more impressive was Galileo (Italian) who is believed to have first calculated and observed Neptune nearly 230 years earlier in The Starry Messenger in 1610. Englishman John Couch Adams is also attributed to have discovered Neptune independently, again using mathematical brilliance. 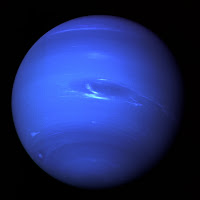 How our global finance system could benefit from genius mathematicians like Galileo or le Verrier! At the same time, NASA are conducting the final Space Shuttle mission with Atlantis, which has hooked up with the International Space Station. All of this takes genius and is happening above your head now. Precisely what these giants of mathematics and science would make of our respective nations inability to balance the books would perhaps be the one element of maths that confounds them. 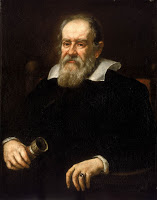