Jim Parker is back, discussing why diversification is vital in any sensible portfolio, with lessons from the Chinese and wine industry. Jim…

In investment, risk and return are related. In other words, the price of earning a return is accepting some level of risk. But not every risk is worth taking. And one of those is the risk associated with individual stocks or sectors. Economists call this idiosyncratic risk. It relates to the peculiar, individual influences on a particular stock or industry. And the general rule is the less diversified your portfolio, the more you are exposed to these granular risks.

Treasury Wine Estates (TWE) is the second-largest publicly traded wine maker in the world. This Melbourne-based company, created in 2011, is home to such brands as Penfolds in Australia and Beringer in the US Napa Valley. One of TWE’s fastest growing markets has been China, which is now the biggest market for red wine in the world. In fact, China’s drinkers last year consumed 1.86 billion bottles of red wine, an increase of 136% on five years before.1 However, that pattern started to change recently as China’s president Xi Jinping announced an austerity drive and a crackdown on corruption. (Wine is frequently used to grease the wheels of business deals in China.) In January this year, TWE downgraded its earnings guidance, saying the crackdown on official gift giving in China was hurting sales volumes. The market response was dramatic, with the company’s shares dropping 20% in a single session. This wasn’t just felt in Australia. In Europe, French drinks giant Rémy Cointreau announced in April, 2014 that sales of its cognac had slumped by more than 30% due to the crackdown on corruption in China.2 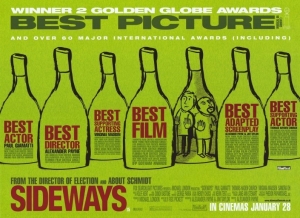 So how do investors protect themselves against these idiosyncratic risks like these? The most obvious way is to diversify. That means holding a large number of stocks and being exposed to a broad number of sectors. In a portfolio of just one stock or even five, TWE’s sudden fall from favour has an outsized impact. But in a portfolio of several hundred or even several thousand stocks, the idiosyncratic fortunes of a single company mean less. Think of it in terms of the apocryphal single green bottle sitting on the wall. When it falls, the game is over. But with 10 or 100 green bottles, it’s going to hurt less.

But what if an individual investor has strong convictions about potential returns to the wine industry from increasing China consumption? The best answer to that question is to pose another question: You don’t think the market already knows that? In publicly traded and competitive markets, prices move on news. Any professional journalist will tell you that news is defined as the unexpected or unusual. ‘Dog Bites Man’ does not clear the hurdle of compelling news. ‘Man Bites Dog’ does.

To use our wine example, the statistics on China’s changing drinking habits were well known. Western wine makers like TWE and Rémy Cointreau moved to exploit them. And markets discounted the higher expected cash flows from those efforts. The ‘news’ in this case was the Chinese government’s move to reduce the level of corruption by outlawing gifts of expensive wine or spirits. Markets responded to the news because this changed their expectations for future cash flows. Unless you have found a way of predicting news, it is unlikely you will work out what will happen to stock prices. But you can protect yourself against these idiosyncratic risks by diversifying across stocks, sectors countries and asset classes.

Drinking in moderation is fine. But when it comes to investing, one green bottle is never enough.