Republican senators have produced yet another blow to the US President by preventing his $447bn job creation bill  (The American Jobs Act) a significant set back. The bill brought before the American political system in September won the smallest majority a vote of 50-49 where a vote in favour required 60.

Sadly this is bad news for us all. The American system is obsessed with short-term political career manipulation, frankly its a wonder that there isn’t a new American revolution as their politicians are struggling to make important decisions about their collective future. Creating jobs and decreasing national debt is not a theoretical game that politicians should be point scoring, but a vital requirement to re-establish the basic requirements of a growing economy and flourishing society. Whilst some US politicians carp at the stagnation amongst the European Union partners, there is a significant degree of pot calling the kettle black.

It is now high time that either politicians did what they are meant to do – lead nations, making decisions that work for the wellbeing of their respective populations, rather than simply attempting to secure their own futures. Obama may have been the great hope for America, but he certainly has not been given much opportunity to implement his policies to actually save the day. 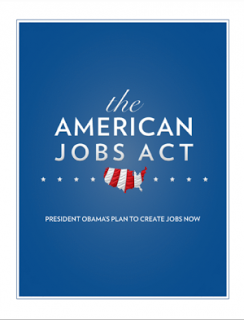