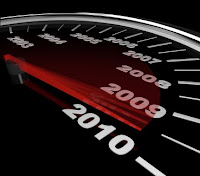 It’s Friday and I thought you may find some of these numbers “amusing” – perhaps not. I cannot verify the accuracy, but these are reported by Money Week which provides a weekly column including this sort of information.

£124,000 the amount a council electrician earned in pay and bonuses in one year after he claimed £90,000 in overtime, back-dated pay and “stand by” allowances.

£20,000 the price of the four Christmas trees at the Houses of Parliament.

For the record, in the UK a billion is not the same as in the North America. In the UK and most other countries we use the term bi (meaning two) to demonstrate that is has twice as many zeros as a million.

A billion in the UK is therefore

In the US this would be a trillion, as with many things in the US, calling something big is half the fun of being an American. For example, their million is the same as ours 1,000,000.

Now, how many of you think the UK Government know the difference? After all our own politicians seem happy to throw around large statements about some fairly large numbers, one wonders which side of six digits they are often on. No matter, we will simply have to adjust our tax system – oh, that’s you and me.