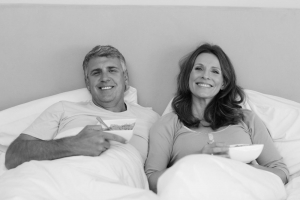 We reviewed their existing arrangements. They had good employer pensions, a £450,000 mortgage and school fees were estimated at £6,000 per child per term. Their combined income was now over £250,000. We initially established a proper cashflow budget so that we could identify what income they required to support their lifestyle now and in the future. We identified the surplus income and once an emergency reserve was built, allocated it towards repayment of the mortgage. We also identified the risks to their lifestyle if there were alterations to their income (for whatever reason). This risk was then properly insured, we also got them to renew their Will, appointing guardians for their children and removing the Bank as the Executor.

Scrolling forward to the present, the surplus income has now cleared their mortgage in full, many years earlier than planned. Surplus income has been directed to a reserve for school fees. It will be sufficient within 2 years. As a result:

The reduced commitments have meant that they are able to reconsider their careers so that they fit with their own family life.

Of course, there were other options open to John and Jane, but together we rejected those in favour of debt and stress reduction, which was suitable for them.

Dominic has been our financial adviser for the past 6 years, and throughout this time we have received a very helpful service which has been tailored to our family’s needs. It has been particularly useful recently to review our current financial situation regarding retirement planning, and to see how this may evolve into the future, with a range of possible scenarios (using Solomon’s financial planning software). We have found that Dominic has always explained matters in a straightforward and clear way, enabling us to understand and make the right choices for our situation. We would wholeheartedly recommend his services.