Today, Moody’s – the credit rating agency have downgraded their rating of several (twelve) UK banks. Before we all panic, let’s pause a moment to reflect. You will recall that the credit ratings agencies failed spectacularly to appropriately rate Retail Banks, Investment Banks and Nations. To say that the credit rating agencies were left looking rather stupid in 2008 would be an understatement. In recent months and today we have seen Moody’s and other downgrade the ratings for Banks and nations. Whilst there are serious economic concerns, which I would not wish to downplay, the reality is that lower gradings (or ratings) are surely more accurate and reflect the reality that many institutions are less sold than previously supposed. This does not mean that they are about to collapse. Remember that so far no major UK retail bank has become insolvent and UK savers are protected on the first £85,000 of their deposits in a single institution. See the FSCS for more information.

Good practice in the current climate would suggest spreading cash deposits across banks, but there is no good reason at this point to withdraw your cash and stick it under the mattress. We need the banking system to run our day-to-day lives, whilst it may have lots of problems and there are plenty of fairly dubious characters around in the industry, no one has any good reason to see the bank system stumble or fall. May I suggest that this is more a case of once bitten, twice shy. 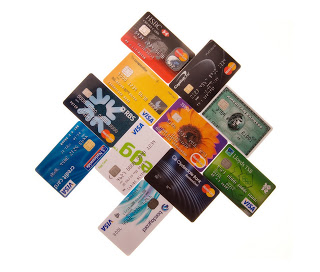