Moneybox and the Diamond Scam 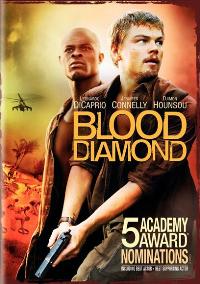 This week BBC Radio 4 Moneybox featured a story about a diamond scam. This is sadly a rather familiar tale and one that prays on financial naivety. It’s the classic boiler room scam, a cold call from what sounds like a busy dealing floor (though why the sound of lots of people on the phone should suggest something good is rather beyond me). Anyway, the latest revision of this scam is in the form of diamonds… which of course is nothing to do with the stoc kmarket, which to some “investors” has appeal as a possible form of “alternative investment”.

Don’t miss out before its too late! (er… no)

The promise is… yes you had better sit down for the obvious statement “this will provide a guaranteed return of XX%”… which is never true for the investor, no matter who says it. The only guarantee is that there is no such thing as a guarantee. Everything carries risk. However it’s back to that same old phrase – if it’s too good to be true, then it isn’t true. Yet so many people forget this, when placed under pressure… pressure from another person at the end of the phone…which you can hang up… yet our nature is to be nice, friendly, amenable and rarely do people like to say “no”…. well a lot of people (it is alleged).

The carat carrot… what’s up doc?

Back to the scam – the diamonds may not even exist, you haven’t seen them, and so there is only a verbal suggestion of their value (even if this were a written valuation, it should be treated with caution). The price of the diamonds is naturally inflated, by an estimated 1500% and the broker/trader… oh lets call a spade a spade… criminal, takes a 25% commission cut… which is the only guarantee. Now of course, it’s wrong that anyone gets taken in by these criminals, but it is particularly concerning that they target the elderly, who are more vulnerable.

How is this different from the penny shares sold by the Wolf of Wall Street? Well, it’s not much different, the process and tactics are very similar – selling much overpriced things to over optimistic “investors” who will never recoup their investment. This isn’t investment, its basically stealing… not to mention that there are serious issues about conflict diamonds, as highlighted in the 2006 movie “Blood Diamond”.

The question behind the action

Of course building a diversified portfolio is sensible, so that your wealth is not exposed entirely to the stock market. Hence why when we create a portfolio it has a variety of different “asset classes” within it, including cash, alternatives and potentially a wide range of different sorts of investments. So I have every sympathy with someone trying to diversify their portfolio – a good adviser will do this. Oh and by the way, it was a financial adviser that raised the alarm about the scam to the victim (not the media, not “the internet” , not the bank, not the best friend and not the regulator)… I’m feeling a little sanguine as the obligatory levies that advisers pay to regulators in their various forms (FCA, FOS, FSCS) have increased a staggering 300%… and frankly that feels like a very big scam.