The FSA announced that it handed out its largest fine to an individual last week. The individual investor was fined £6m for effectively attempting to manipulate the market. In a nutshell the investor had a lot of money in a structured product – which normally relies on a given index or set of indicies to reach certain levels in order to provide a positive return (in this instance Reliance Industries). The timing involved meant that the investor would face a significant loss. So, being a man of means he very ingeniously bought Reliance stock at the last moment in order to force the price to the required level and thereby push the price to a “non loss” position. I should add that you only do this if you have serious sums of money (the investor is based in Dubai) and know precisely what you are doing. The FSA saw this as market manipulation and applied a fine of £4m and restitution to the Product Provider (a Bank) of £2m.

At a basic level, this is someone using the system to attempt to recoup their losses. The FSA view this as market manipulation, different from central Government buying a Bank or printing money to issue Bonds – which are all ways of effectively avoiding losses and that directly impact the market, with the express purpose of reducing loss and increasing profit. Few will ever have the resources available to be able to do something similar, but it does beg some questions. Market manipulation is possibly open to interpretation when one considers the actions of large institutions and Governments – one could even argue that the media manipulate the market by constantly taking an extreme position. 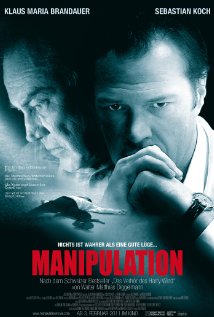