Skip to content
Does the latest “Women and Pensions” report tell us anything of value?

I admit to being somewhat of a sceptic when it comes to surveys and just because a series of surveys reveals the same basic information, does not necessarily mean that the information is fair. I’m no chemist, but I’m not terribly impressed by a lot TV adverts about “age reducing” products that contain something that sounds scientific but may as well be called “somethingcomlplexsoyoubelieveus” which is then endorsed by 92% of women, but the small print suggests that the marketing surveyor probably didn’t even leave the building to question punters. So it is with this in mind that I read this mornings latest “women and pensions” report  (commissioned by Scottish Widows) and ask myself if it tells us anything of value?

The online survey of 5,200 adults (considerably larger than those TV adverts) is probably not large enough to draw too many concrete opinions, but sufficient to reveal the continuing relative savings gap between men and women. The numbers are startling in any event, with only 45% of people preparing adequately for retirement (49% of men and 40% of women). Over a third (37%) of women have no pension at all whereas for men the figure is lower at 27%. This may be for a variety of reasons – other financial commitments, lower incomes than men, and higher focus on debt repayment to mention a few. However, something that the survey doesn’t pick up on is the perception of the financial services industry and pensions generally. I’m not sure that given the choices of possible answers to a question “why aren’t you saving more for your retirement?” that responses about affordability and other priorities are really the full picture. I would argue that for many women, financial services are simply not sufficiently engaging. It’s an industry generally run by and run for men. I am generalising of course, there are examples of notable females in the field.

This is not to suggest that the findings of the report aren’t valid, with clearly identified practical barriers that prevent women from saving. However, I think this is only part of the problem. The main problem is that financial services are generally not marketed in a way that resonates with women (tell me if I’m wrong on this).  So whilst there is some merit in the statistical information about how many men versus how many women know about auto enrolment (or fill in the financial product blank) I’m not convinced that this is even vaguely dealing with the real issue. Indeed, if anything the statistics reveal that neither gender is particularly good at engaging with financial services. A product provider like Scottish Widows, as nice and well-meaning as they are – focus on financial products and education about them.However well-intentioned, the joker in the pack is frankly that people of both genders, simply don’t get enthusiastic about financial products… or have I been missing something for these past 20+ years? 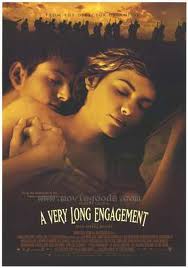 However what we have missed (as an industry) is a connection made to personal values and lifestyle (and one that goes beyond an ad I saw some years ago, that went along the lines “shoes by Jimmy Chew, bag by Prada, income protection by…”). Financial planning does this (if it’s done well). Whilst I do get enquiries from people about “their pension” in reality they are no more interested in pensions than I am. What the missing link is really about is what lifestyle you want now and later on and when you can afford to decide to stop “working” if you want to, because you have enough to provide the lifestyle that you want. A pension is one of potentially hundreds of ways to provide for the future. As far as I can tell, most women’s magazines and interests are all about lifestyle (just like men’s) yet the financial services industry seems to believe it is somehow different and all about products. Hardly engaging and little wonder that few are listening.

Great financial planning – because your life is worth it!