I was talking over supper last night with my daughters and one remarked on her observations about hard work, money and value which prompted some further discussion about working hard, price, fairness and ethics. I should probably say that my daughters are now 19 and 21 and doing the University thing. As a parent I’m mindful of wanting to encourage “hard work” but also allow freedom to experiment, fail and change. Every parent will appreciate that on occasion these sorts of discussions are finely balanced, words impact, actions reveal.

The trappings of hard work 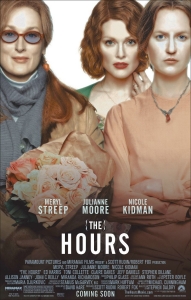 Anyhow, I made a bit of a hash of things trying to explain that what many refer to as “hard work” is often unhelpful. There are millions of people that work incredibly “hard” and very long hours (think of most manual labourers) however most of them earn very little. Equally, I know many very well paid people that work very “hard” and are paid a lot of money (by comparison). Often it can be observed that both feel “trapped” by their circumstances, the difference being that invariably, the richer person can “give it up and live a more simple life in the country” which we often see cited in the press, particularly here in London.

Money of course provides choices; in this scenario the “rich person” has a genuine choice to change their circumstances. The low paid person often does not, despite what many coaches, and motivational speakers may say and perhaps want to be true, a single parent, working 16 hours a day on minimum wage (or there about) has few choices. It isn’t fair; it is what it is – life. Some of us can improve our circumstances, by education first, but thereafter, it’s the books you read and the people you meet that will probably change your perspective and options.

How about smart work?

Hard work? well that’s an unhelpful phrase. A better one is smart work, by which I mean working in a way that uses your unique abilities to their best advantage. Sometimes we are lucky that our unique abilities are rewarded well, sometimes they are not. I would like to believe that everyone’s unique abilities once found, employed and experienced would all be well rewarded, but I’m also a realist. Smart work then changes the paradigm of “working all hours” to making your hours count. Think of a record album, lasting about an hour or so, perhaps recorded 30 years ago, recorded once (which may have taken weeks or months to put together) but once published generates revenue sale after sale, play after play. That’s smart work.

Can you hear the future?

The world is changing, we are experiencing a technological revolution that is far more world changing than the industrial revolution. My daughters and their generation have different challenges, competing in a global market with unprecedented reach. I’m not going to tell them to “work hard” it doesn’t really mean anything. I’d like for them to have a fulfilling life, that they love, doing things that they are passionate about (by which I mean they value) and to do it in a way that is “smart working”. You see, I believe that the nagging feeling I have about their future, is probably more of a sound….of opportunity knocking at the door.