Skip to content
Godzilla Investing… did you see it coming?

Godzilla Investing…did you see it coming?

I wonder if you have seen the new trailer for the new (yes another version) Godzilla film? One of the lines used in the trailer to promote the film says something to the effect “this will send us back to the stone age”. Whilst this is of course used for dramatic effect, it does seem that there is a growing concern that if our world changed dramatically life would revert to something altogether basic. This anxiety of an end to life as we know it, is the subject of many films at present, perhaps a meltdown of the financial markets or an end to our technological revolution or alien invasion (examined in two recent films “Her” and “Transcendence” but a very well worn topic). 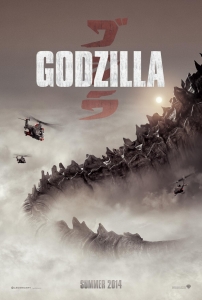 So I wondered as walked this morning, could we revert to the Stone Age? Well, I don’t believe so. It’s plausible that without technology we would find life rather different, certainly challenging, but isn’t this really winding the clock back 40 or 50 years? Even the Romans and Greeks, considerably after the Stone Age, were thriving economies with central heating and running water, ok not quite the same, but you see the point. In fact life back then was remarkably similar – at least that was my impression having been to the Pompeii exhibition at the British Museum last year.

So when a client asked me the other day “could my portfolio be worth nothing?” I paused and reflected on something that I have voiced many times over. Companies can fail, individual funds can fail, but we build diversified portfolios. These are a mix of different shares, funds and asset classes. Yes they could all revert to a zero value, but to do so would mean that the companies, the properties that they work from, all assets, gold and so on would be worth nothing. The only thing I can realistically think of that could cause this would be “the end of the world” – world war. In which case, you won’t be worrying about your portfolio. That is not to suggest that a major problem like the credit crunch could devalue holdings considerably, which is precisely why we diversify investments and assess risk (see yesterday’s post). We cannot prevent or predict major disasters, but we can make allowance for the unknown and the bad times. However fear is not something that should be ignored, but it is overcome or at the least faced with knowledge.

As for Godzilla, I guess you will see it coming…