Its Financial Planning week 2014 an opportunity to get some information about what financial planning is all about, however sometimes, this can feel beyond the means of many “ordinary people” who continue to struggle just to get fair pay, let alone a good retirement and financial plan. It doesn’t take an investigative genius to work out that there are many inequalities in the world. There are more poor today than there ever have been, yet there is also more wealth. Many would say that education is the best long-term way of relieving poverty, helping nations and individuals to become adept at self-reliance and adding value to the lives of others and/or wider society. Good education means different things to different people, to my mind it is the ability to open one’s mind to challenge the way things are, whilst holding a knowledge of how they came about. So depriving anyone of education is essentially a deliberate attempt to maintain the status quo without asking the question “how could things be better?” 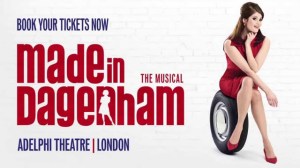 Whatever your political beliefs, a new musical worth seeing has arrived in the West End. “Made in Dagenham” is the musical adaptation of the 2010 film by the same name. This is the story of a group of women working at the Ford plant in Dagenham in 1968, who had their pay unfairly recategorised as “unskilled”.  The musical frames the resulting struggle in the context of a Britain that is thwarted by strikes and general political incompetence. Whilst some might see this as a political ideology, its rather larger and more important – in that the actions of the day, ushered in the prospect of equal pay for women. A natural and one would have thought, obvious progression of suffrage.

Sadly, emancipation in finance has still a long way to travel. It would seem that many women are less financially prepared than men. I find myself treating the results of the surveys and results on this topic with some degree of scepticism. For starters, many women earn far less than men, many women “have less time” because life is not simply about a 9-5 series of tasks that many men would still appear to think it is, something that is also touched upon in the musical. So is it any wonder that many don’t have time to plan their finances or give them much thought, particularly when they are often simply trying to get by. So with that said, the Scottish Widows 2014 Women and Pensions report was published recently. Their data suggests that the average man saves £298 a month towards retirement and the average woman saves £206 (about 30% less). The report states that 78% of women don’t know how much they need to save for a comfortable retirement. I might suggest that this is probably on the low side and in practice I doubt that there is little difference between men and women on this point (not knowing how much is enough).

So, whilst the lyrics are possibly a little … fruity, the songs and sentiment are a worthy education and a timely reminder, that men need to proactively support equality, not prevent it. Like it or not, this is an issue for us all and bringing about change, begins at home and in your own workplace..  perhaps you could start with some background research by a trip to the West End to see this great new musical, with a fantastic set, music by David Arnold and Gemma Arterton in the leading role… they may just get you to stand up…