Skip to content
European Lottery – All In The Numbers

You will be familiar with all the doom and gloom surrounding the financial system and in particular the European region. There are a plethora of statistics about each country and I have recently been reviewing data from “The Economist“, the IMF and the World Bank.

One of the basic economic measures of a nation is their GDP – Gross Domestic Product, which broadly means the market value of all goods and services produced by the nation. This is where statisticians have a field day – because bigger means more (by and large). If you have a big population, more is produced – well maybe, maybe not. The biggest populations are found in China (1.33bn) and India (1.18bn) which accounts for about a third (37%) of the planet’s population. However between them they “only” account for about 1/8th of the worlds GDP – though this proportion is rising rapidly. India has a younger population with a median age of 25 – one of the very lowest (15 being the lowest in Niger). None of the top fifty countries (on GDP terms) has a median age below 21.

Over the last 3 years or so, GDP in Europe has generally been falling (comparing different sources of data). The bulk of the growth has come from emerging nations in the Far East / Pacific and South America. This is where my attention has been focused over the same period. These nations have a median age of population of 29.4 against a median of 37.4 for the worst of the top 50 performing nations in the same period.

The data suggests that younger populations (but old enough to be established economies) are rising in their economic productivity and power. The older economies are less productive by comparison. Reading that sentence back to myself, would draw the conclusion – isn’t that obvious?  Here in the UK we have a median age of 39.9 reflecting our ageing population. For the record, France have a median age of 40.1; Spain 40.2, Denmark 40.8, Portugal 41, Greece is 41.6, Switzerland 41.9 Italy 43.3, Germany 44.3 and Japan 44.7. In the US, the median age is 36.6 – lower than Taiwan’s.

I appreciate that one must be careful extrapolating too much from statistics. This is evidenced by the best performing GDP per head of population with Norway, United Arab Emirates, Singapore, USA, Hong Kong and Switzerland all appearing to be rather “superior”. However with the exception of the USA, all have small populations of under 10 million – most being under 5 million.

Perhaps rather than comparing the UK against the world, we should attempt to compare like with like. Those closest to the UK in terms of GDP and population size and age are France and Italy. So perhaps our politicians should choose their words rather more carefully when likening economics to war…. after all there are 4 Chinese for every American and about 25 for every Briton. The balance of power is shifting. 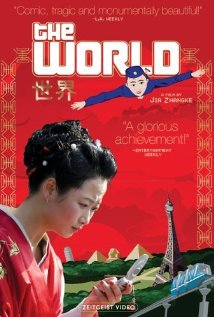