Something for Le Weekend?

I am glad to report that I returned home safely last night, ahead of the then impending storm but still somewhat perplexed at the speeds some drive in heavy rain along the M4. I hope that you had a good weekend, mine was spent with good friends in my old home town of Bath and was reminded yet again of the immeasurable wealth that friends provide in life.  I also had a moment to watch a new film “Le Weekend” a story about an older couple, who return to Paris to celebrate their 30th wedding anniversary. 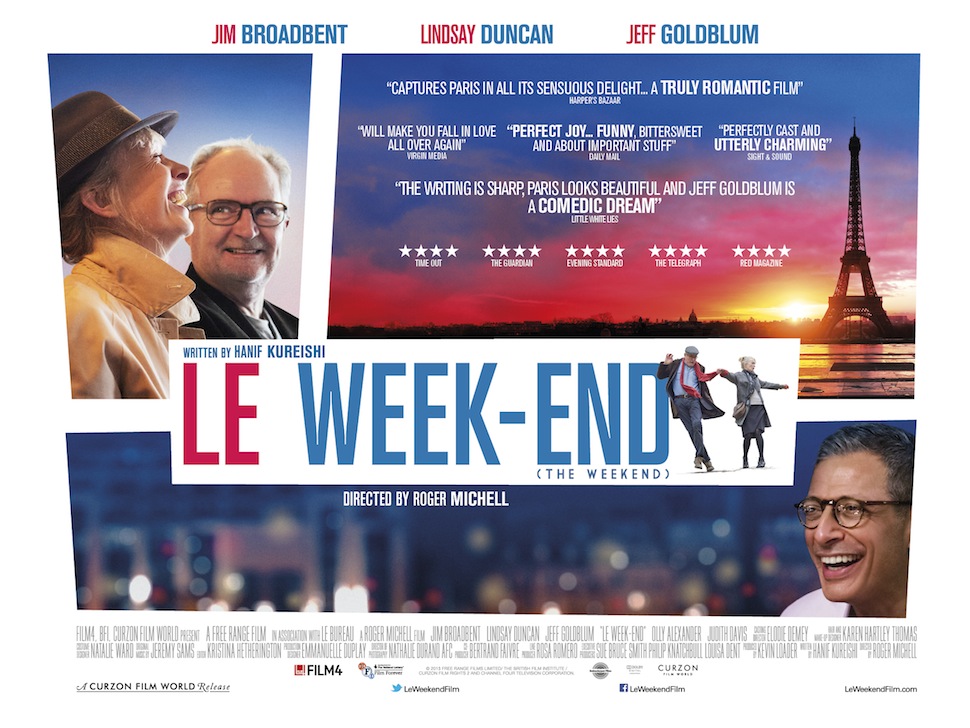 I have to say that whilst there were many good moments in the film, I didn’t really “get it”. This, it seemed, was a couple near to retirement, who were worn down by life’s disappointments. Their marriage is in crisis as they navigate the “empty nest syndrome”, but still manage to hold the relationship together with some tenderness and honesty… just. This is a common experience of course. Theirs seemed exaggerated, rather than an opportunity to reflect and determine the next course for their lives from the wide menu on offer… much like the indecision or disagreement about where they will literally eat their next course.  This was more of an adolescent tantrum, displaying their folly in a single weekend that had presumably accompanied them on the previous 30 years and many poor decisions or at least their denial of reality and a possible sad last gasp for adrenalin, now a distant memory in their relationship.

Setting your own agenda or determined by others?

I often encourage clients to take a weekend break (or longer) to figure out what they really want from life and each other so that we can build a plan around what they really want, not what they think they should want. This isn’t a quick process and can take significant time, but it is a vital element of a good financial plan. However, this couple, wonderfully played by Jim Broadbent and Lindsay Duncan, have deep disappointment, which neither of them properly discuss together, despite their apparent honesty and a life spent educating others about the meaning of life. There is little or no attempt to reflect how things might change…how they might be. They have a “needy son” who is described in impoverished terms, yet seems to be merely a reflection of their own inability to attend to what is important. They are profligate with what little they have, deliberately avoiding responsibility for their actions, culminating in their own dependency on an old friend (Jeff Goldblum), for whom Meg and Nick appear to have little real regard. It wasn’t the ending that I was expecting, but precisely the scenario that I help clients to avoid as they plan for their future, however long and whatever it looks like, but based upon their own values and objectives, not simply keeping up with the Blairs…as they do when they take on a “whatever it costs” luxury suite in a luxury Parisian hotel “once rented by the Blairs”. The thing is, “whatever it costs” has rather more to do with honest reflection than the ability to pay the price tag.