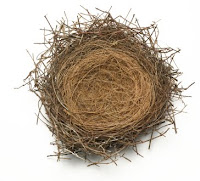 The current Government introduced stakeholder pensions in the Welfare Reform and Pensions Act 1999. The main purpose of this was to encourage everyone to contribute towards a low cost pension. Employers with 5 or more employees have to offer a scheme for their staff, with significant fines imposed if they fail to do so. Many pension companies rushed in to provide these “inexpensive” personal pensions. Charges were originally capped at a maximum of 1% but have increased to 1.5%.

Unfortunately the good intentions of the Government have been met by disaster after disaster with pensions. Without any real need to contribute towards a scheme, employers have had little incentive to contribute to a pension, particularly in light of rising National Insurance costs. Stakeholder pensions have been a complete flop. To my mind, the main reason for this has been that the immediate interests of the pension industry at large were not served. Traditional personal pensions (many of which are rubbish) pay commission to advisers, which in practice is often the reason why most people even have a pension. Few of us wake up and think – “I must sort out a pension today” or at least, very few people under the age of 45 think this way (from my 20 years of experience advising clients).

I remember one of the largest pension companies telling me in early 2000, that their stakeholder would not break even for 14 years. When they were beset with administration errors (the main cost) this projection was revised upwards significantly. Essentially, a stakeholder pension pays little or no commission – a fundamental stumbling block for commission-based advisers, but not for those of us that are fee-based. However, that said, stakeholder pensions are generally aimed at those on relatively low incomes. If any sense of a “good job” can be done from an advice perspective, this requires advice time and often research and obvious compliance due diligence.

Aware of the problem, the Government set up Personal Accounts – or at least planned to – as well as introducing “Pensions Simplification” (A-Day) in April 2006. This was meant to make pension rules clearer and simple to follow. Regrettably, the constant moving of the goalposts has provided exactly the opposite effect. “The Plan” then switched to “auto-enrolment” and a mandatory pension for all from 2012 (- it’s not just the Olympics that is happening in London). However, due to the complex nature of “is this right for me?” there are now fears that perhaps auto-enrolment could become a problem – after all, a pension is not right for everyone all of the time.

So with the usual flurry of political feathers, and an expensive recession, we have now had a re-branding of a pension that has not even been launched, equivalent to naming your children before being pregnant. Personal Accounts will now be called the National Employment Savings Trust (NEST). Auto-enrolment is still planned – but will now be gradually wound out from 2012 until 2017. Employers will have to make contributions, as will the individual. As yet though, nothing is actually finalised. It is not as though pension companies are queuing up to offer a NEST having been badly burned on stakeholder. There’s also the matter of the large UK plc national debt to repay, a recession and election in 2010.

So whilst Britons clearly need to be encouraged to save for their future, the incentives provided to aid them have offered little temptation to the masses – who are the real concern as they have very little saved in anything, let alone a pension. I remain hopeful that this will be resolved before I retire and would suggest a few possible options;
1. Redirect something like half of National Insurance contributions into a stakeholder/personal pension/ personal/ NEST type account for both employers and employees, the remaining 50% would be used to continue to build social security benefits.
2. Means-test the State Pension (Harsh, I know, but what is £5,000 to someone that is taxed at 40-50% in retirement with a very good pension already?)
3. Provide tax relief at highest rate, to encourage saving, but restricted to 100% of tax year earning (resulting in abolition of the lifetime allowance and the nonsense of a £20,000 pension restriction if you earn over £150,000).
4. As contributions will be part of National Insurance, this would be mandatory for anyone that is employed or self-employed.

OK, so I don’t have the Government’s books to run their numbers (probably just a well) but surely it is not beyond the wit of man to provide a sensible working solution rather than a constant rehashing of a bad job? Something we learn in childhood is that we have to take the medicine we need. Unfortunately our politicians seem to believe that as adults we have forgotten this truth or are merely incapable of understanding it. It is time for the UK to become rather more adult in its thinking.