There is something about October that makes me feel somewhat downbeat. Perhaps it is waking up in the dark and then coming home in the dark. The weather is generally pretty grey and miserable, autumn, for all its glorious colours is truning into winter and the summer feels like a distant memory. I also find walking the dog much more of an effort – wellies and avoiding the rutting stag in Richmond Park. This is cold-catching time and to say that markets tend to catch a cold in October would be an understatement.

Most will remember the more infamous “Black Monday” market crash of October 1987 with the FTSE100 falling 12.22% in a single day. More recently October 2008 provided some of the most terrifying and largest single day falls (in percentage terms) ever on 6th falling 7.85%, 10th falling 8.85% and 15th falling 7.16%. Today as I write, the markets are once again “in a state of turmoil” depending on what you read and who you listen to, as news is digested and responded to. 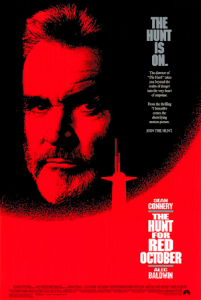 However, despite this “evidence” on 16 October 2008 the FTSE100 stood at 4,377.30 yesterday it closed at 6,211.64. Despite the news, markets have been rising and opened at the start of this month at 6,211.60 Looking at short-term statistics is very unhelpful, add in the occassional image of a stockbroker clutching a phone, peering at a monitor or holding his head in in hands and the scene is set for the appearance of further market chaos and sentiments of “you simply cannot trust the markets”. Well, in practice, despite October having what appears to be an unusually larger than fair share of bad days hostorically, it isnt actually much different from other months. Markets rise and fall, reflecting sentiment about the state of the world, which invariably has little to do with reality. This is partly due to several European countries still struggling to generate economic growth and the US finding life harder going. This is not really a new phenomena is it?

Keep to the long-term principles of investing, if you are keen to make a short-term play then a market fall is essentially a discount, some would argue “a more accurate value” but either way, sitting on the sidelines waiting for the markets to rise again before getting back in is the wrong choice. So stay the course, keep to the game plan.