Skip to content
Chasing Gold – That Night in Rio

So Germany won the World Cup, deservedly so. A final game of 120 minutes chasing gold. However, as if to underline my previous post about the tournament, I came across a useful piece on the BBC website. This also suggests that it is not about one month in Brazil – that is merely the end of the competition. Of the German squad that picked up winners medals last night in Rio, six of them were members of the 2009 Under 21 European Championship – who beat England 4-0 in the final to win the tournament. They were Neuer, Ozil, Howedes, Boatend, Khedira and Hummels. By comparison only one Englishman from that same match made it to Rio – James Milner. Unfortunately Theo Walcott was injured, but the rest did not feature in the squad. 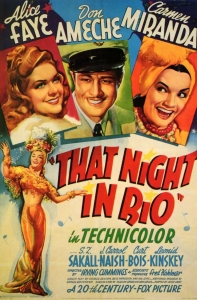 Success in football or indeed in any walk of life is not easy. Last night we saw one of the best players in the world walk away with a trophy that could have gone to a number of other players, who probably all had better tournaments. There is no doubt that Lionel Messi is one of the most talented players, but simply being so, does not guarantee success. Those that made the decision to give him the golden ball award, should have thought again, Messi from all accounts is a very decent man and looked uncomfortable collecting the award, and yes, whilst I don’t know that he was (who does?) one got the sense that it was more than simply being on the losing team, this smacked of marketing and nothing more.

The same is true with investing, you can simply look up the top performing funds, but this is historic data and any good portfolio is more than a collection of historically well performing funds. It’s about getting the right mix (asset allocation) and then the right level of risk (defence and growth) and then the best value for money that will do the job (so none of the “stars” that played for Brazil). Certainly there are moments when you are likely to need to hold you nerve, but that is all part of the long-term thinking rather than a constant chop/change trying to chase the gold.