Skip to content
Business Updates – 27 May 2011
As we head into a Bank holiday weekend, the first official weekend of the British summer, we seem to be in for a mixed bag of weather – much like the mixed results from the UK retailers.

But of course, this isn’t any annual report, this is a Marks and Spencer annual report… covered in plenty of jam as MandS revealed an increase in profit of nearly 13% – so it is not all doom and gloom on the high street. Sales were increased by 4.2% to £9.7bn much of which is accredited to improvements in the in-store presentation and additional food ranges. If only the State and Banking system was run! 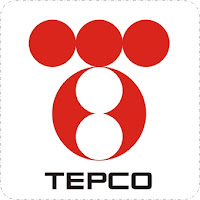 Sadly, the Japanese earthquake and its impact on the nuclear power plant at Fukushima has left its owners Tepco reporting a £9.4bn loss, which is the tenfold reverse figure of their profit in 2010. So the last few months has cost them the equivalent of the last 10 years, never mind the future costs that they are likely to suffer as they attempt to restore the region to some form of safe environment. Even giant firm Sony has reported a loss for the year at £2bn which has had disrupted supply chain impacts compounded by the cyber attack on its game platform PlayStation.
We are a boutique firm of financial planners. We create financial plans designed to achieve a desired lifestyle. We will craft and implement your plan that will provide you with the greatest chance of accomplishing your unique goals based upon the values that you hold. Financial products are little more than the tools to achieve your required results
Call us today or visit our website for more information and to arrange a meeting