There has been a flurry of banking news of late, much of it will not alter the general mood of a nation that is still pretty fed up with them. However Bank stocks often form a reasonable part of the main FTSE100 index (or the equivalent on a global basis). Barclays have announced a Q1 decline in profits when compared against 2010. They recorded a 9% fall in profit, predominantly due to declines in corporate and investment banking which fell by 29% to £983m. This must imply that the other sectors (which include retail banking to punters like you and I) made a profit increase of 11% and indeed the figures reveal retail and business banking pre-tax profit was up 21% to £692m. Swiss Bankers UBS also announced a reduced level of profit – down 18% on their 2010 Q1 figures, mind you it is still a fairly hefty £1.2bn of profit for 3 months.

Marketeers will be familiar with the term “Cash Cow” – well there really is a lot of money to be made in the milk business in Europe. There can be fierce rivalry between farmers, something often observed by those that live in the countryside (or who grew up there – as I did). Rivalry took on new scale as the French dairy firm Groupe Lactalis launched a £3bn takeover bid for Italian food group Parmalat (they already own 29% of Parmalat as it is). How this will impact food prices in the region remains to be seen. The French company collect nearly 10bn litres of milk and have a turnover of 9.4bn Euros. Plenty of va-va-voom in les vaches! 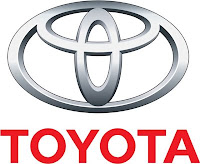 Cash cows are probably a thing of the past in the automotive industry, but Ford have managed to deliver their strongest Q1 figures for 13 years, achieving profit of £1.54bn. Ford have warned about getting carried away with this good news (if you are a Ford shareholder or employee) as like many car manufacturers, many parts within a car are made in Japan, as a result supply problems are obviously an issue at the moment. As a guide, Toyota’s Japanese production fell a massive 63% in March compared to March 2010. Even if 99% of a car is made elsewhere, the Tsunami and earthquake in Japan is having a growing economic ripple effect. One is left wondering if outsourcing really is such a good idea.

As we are thinking of Japan, another successful exporter has had problems. Nintendo have revealed reduced annual profits at £570m due to a fall in sales and strong Yen. This is a fall of 66% over the same period. Compare this against the mighty Apple, who have announced their Q1 figures at net profits of £3.6bn, more than they expected due to the continuing rise and rise of the iPhone, if you are techy enough listen to the release here. This is largely without any sales from the new iPad 2 which judging by the queues at various shopping centres will merely add more to the success that Apple enjoy.