Those men in bowler hats at Bradford & Bingley, now such a national treasure that we all own them, have provided some good news in that for the first time in 2 years of trading they have managed to turn in a profit. A very pleasing pre-tax profit of £1.8bn, as opposed to a loss of £196m in 2009. The UK bank, with the split personality, which they themselves name as “good bank / bad bank” – well Northern Rock’s “bad bank” also reported a profit of £400.5m in 2010 compared with a loss of £257.5m the year before. It is unclear what this really means – are they better at running a business or simply not lending badly? Compare this to the “new kid on the block” and the world’s biggest bank by market value, Industrial and Commercial Bank of China, announced better-than-expected profits for 2010, which increased 28% to £15bn on the back of increases in bank lending. So we are all hoping that their lending policy is an awful lot better than those of British, American, Spanish, Irish and Portuguese banks (and a few others besides).
If the impending Royal Wedding has you needing to purchase some bubbly for your street party, you probably will not be popping over to Oddbins. They have finally gone into administration after talks failed to persuade the Inland Revenue (HMRC) to accept lower payments of owed taxes.

Turning to telecoms, as someone that is considering an Ipad 2 I seem unable to find anyone willing to stick their neck out on which network I should go with. Perhaps Vodafone are looking good – they have agreed to buy Essar Group’s 33% stake of their joint Indian venture for £3.1bn. In addition, they decided to sell its 44% stake in the French mobile phone operator SFR to Vivendi for £7bn; which will give France’s biggest mobile phone business full control of SFR. So I guess Vodaphone have more of an interest in India than our nearest neighbours in France. 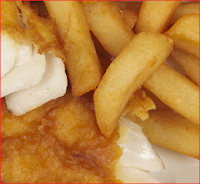 If you have followed the news recently, there has been something of a storm over fishing rights and fish prices, this has absolutely nothing to do with chips or chip makers Texas Instruments, who announced they will be buying National Semiconductor lock stock and barrel for a sizzling £4bn; the deal makes TI the world’s third largest chipmaker and rather larger than Harry Ramsden (sorry I couldn’t help myself).
We are a boutique firm of financial planners. We create financial plans designed to achieve a desired lifestyle. We will craft and implement your plan that will provide you with the greatest chance of accomplishing your unique goals based upon the values that you hold. Financial products are little more than the tools to achieve your required results
Call us today or visit our website for more information and to arrange a meeting