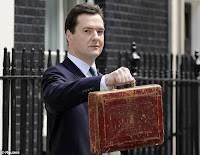 The Chancellor announced that the Government will consult in 2011 on the merger of income tax and National Insurance Contributions (NICs). The Chancellor also confirmed that this was about simplification and there was no intention to extend the scope of NICs. He was fairly clear that this process might take several years before becoming a reality.
From April 2012 there will be a further substantial increase in the personal allowance. This is in addition to the previously announced £1,000 increase to £7,475 from April 2011. From April 2012 the personal allowance will increase to £8,105. There will also be a corresponding decrease to the basic rate limit, reducing from the 2011/2012 level of £35,000 to £34,370 for 2012/2013.
The increases mean that basic rate taxpayers who remain within the reduced basic rate band will be £200 better off in 2011/2012 and a further £126 better off in 2012/2013 in cash terms.
The Chancellor confirmed that the 50% tax rate was a temporary measure but will continue for 2011/2012. This means that investment products that allow the deferral of income tax, such as life insurance investment bonds and capital redemption bonds, may become a more attractive option.
The 1% National Insurance (NI) rise will still apply from April 2011, but employers will benefit from an increased secondary threshold which will reduce the impact of the increase. Many employees can still reduce the impact of increased NI charges by using salary exchange (sacrifice).
Pensions and State Benefits
The Government confirmed previous announcements regarding restrictions to pensions tax relief and changes to annuitisation and pension income rules.
Otherwise this was a relatively quiet Budget for pensions, with the only other major announcements being limited to State pensions and employer financed retirement benefit schemes (EFRBS), covered below, and the Government’s intention to take forward proposals to reform public sector pension provision.
Apart from additional, outline information concerning managing longevity in relation to the State Pension Age and the flat rate state pension the Government reaffirmed information on State benefits that had been previously announced in one or more of the June 2010 Budget, the October 2010 comprehensive spending review, or the December 2010 Autumn tax update.
Capital Gains Tax
The significant increase to the lifetime limit on Capital Gains qualifying for entrepreneurs’ relief from £5 million to £10 million should be a boost to many business owners looking to dispose of their business.
Tax Efficient Investments
The annual ISA subscription limit has increased to £10,680 (£5,340 for cash ISAs) for 2011/2012 and will increase in line with CPI for the September preceding the tax year from 2012/2013 onwards.
The Government will introduce new Junior ISAs as a tax-free savings option for children, following the end of Child Trust Fund eligibility from January 2011. Junior ISAs should be available by Autumn 2011.
The rate of income tax relief under enterprise investment scheme (EIS) investments is to be increased to 30% from 6 April 2011.
The annual amount that an individual can invest under the EIS will be increased to £1 million, but not until April 2012.
Inheritance Tax
• The nil rate band is frozen at £325,000 for tax years up to and including 2014/2015, after which point the Consumer Prices Index (CPI) will be used as the default indexation assumption.
• From 6 April 2012, the Government will introduce a reduced rate of inheritance tax (IHT) of 36% for estates leaving 10% or more to charity. The relief is designed so that the benefit of the tax saving is reflected in the gifts received by charities and not in payments to other beneficiaries. The Government will be consulting on the detailed implementation of this measure and will issue a consultation document before the summer.
• HMRC also this week published guidance on the application of the Disclosure of Tax Avoidance Schemes (DOTAS) regime to inheritance tax. The regime will require the disclosure of arrangements that seek to avoid or reduce IHT charges that would otherwise apply on the transfer of property to a relevant property trust. The regulations implementing the changes will come into effect on 6 April 2011.
Corporation Tax
The Government extended its previous cuts to corporation tax
• A 2% cut to the main rate of corporation tax from April 2011.
• Successive reductions of 1% each year to a rate of 23% by 1 April 2014.
• The smaller companies’ rate also reduces by 1% to 20% from 1 April 2011
Anti-Avoidance
As a result of a consultation process the Government has amended draft legislation containing previously announced anti avoidance measures aimed at stopping most businesses using employee benefit trusts (EBTs) and employer financed retirement benefit schemes (EFRBS).
The purpose of the amendments is to take those arrangements that cannot be used for the avoidance or deferral of income tax and national insurance, such as share incentive schemes and genuine deferred remuneration schemes, out of the legislation’s remit.
The draft legislation provides that PAYE will apply to rewards, recognitions or loans earmarked for, or made available for, the benefit of a current, former or prospective employee in cash or assets using an EBT or EFRBS on or after 6 April 2011.
In addition anti-forestalling provisions mean that amounts paid or assets provided using EBTs or EFRBS between 9 December 2010 and 5 April 2011 will also be subject to PAYE.
There is an opportunity to reduce these charges to the extent that payments made, or assets used, before 6 April 2011 are repaid / returned before 6 April 2012.
HMRC will also continue to challenge existing EBTs and EFRBS where they do not feel they are effective in avoiding tax under the law applying before 9 December 2010.
We are a boutique firm of financial planners. We create financial plans designed to achieve a desired lifestyle. We will craft and implement your plan that will provide you with the greatest chance of accomplishing your unique goals based upon the values that you hold. Financial products are little more than the tools to achieve your required results
Call us today or visit our website for more information and to arrange a meeting